WayVision is the first Korean reality show and the second exclusive overall reality show by Chinese boy band WayV. The show primarily featured WayV members, each of whom produced their own "channel" that included holiday must-dos and competed for the title of best channel.

The show is produced by SM C&C and Seezn, and is broadcast on Seezn every Monday and Tuesday from September 21 to October 20, 2020. It has 12 episodes, 1 spin-off, and 1 live broadcast. continue. The show is also broadcast in Thailand through TrueID. 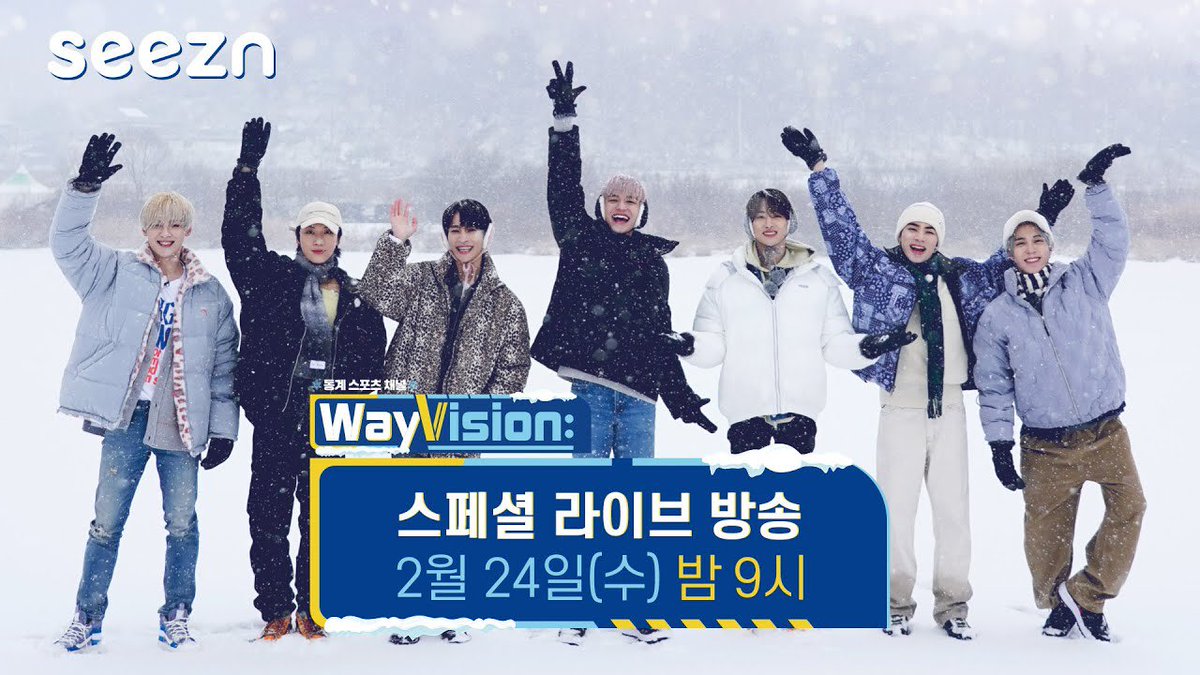 Part 1 WayV members have a summer trip to Gangwondo. Each member prepares a group activity (with the exception of Lucas and Hendery forming a group) called a "channel" and at the end of the trip, the best channel will be awarded a prize.

Season 2 In Season 2, WayV members become players and compete in various individual and team winter sports in Hwacheon, Gangwondo. Announcer Defconn leads the game as referee, and the members participate in various winter activities such as traditional ice skating and mountain fishing.