Ritdha High School, a school with a "Gifted Program" that runs a special class for a small number of "special" students, has been selected by the school administration. Incredibly, Pang, a 10th grader from the lowest ranked class, unexpectedly passed the Gifted Program's placement test for unknown reasons. His path to the Gifted Program was confusing. He and his new friends begin to sense something strange in their special class. Eventually, they realized that the Gifted Program was designed to awaken the "potential" associated with some sort of special power of theirs. As their potential is discovered, their lives change as their special powers also come with troubles. Before long, their special gifts reveal a secret that school officials are trying to hide. 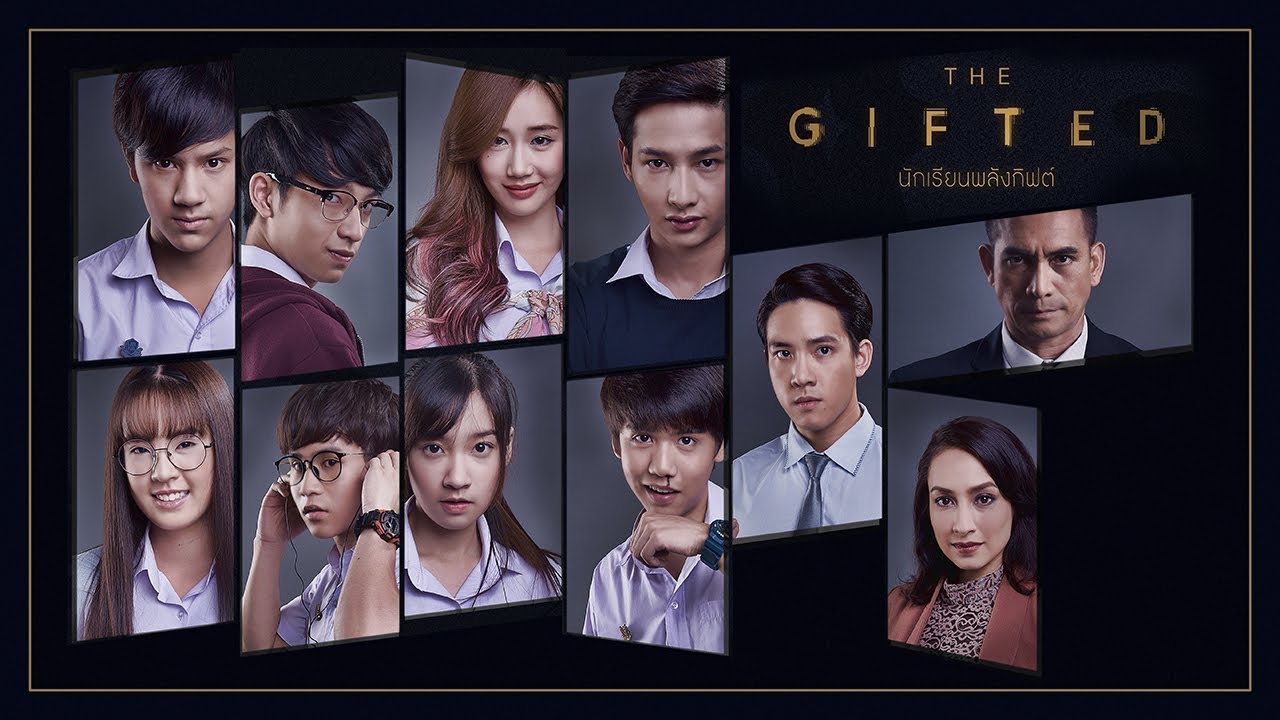 Let me start that what I really like about this series is that it is a sci-fi, fantasy story that doesn't use Computer-Generated Visuals or Computer Graphics with a blue/green screen on the side. after. They use editing, lighting and cinematography techniques that are comparable to any sci-fi/fantasy series/movie out there. Even better with some movies/series of the same genre.

What I also like about this is that the series has been able to show the potential of the students in dedicating one volume per episode, except of course... I don't want to spoil, and culminates at the end. story series. It creates depth and richness for each character.

Symbolism in each character's background and potential that you can relate to real life situations. Like Wave, being smart doesn't always make you the leader. One way or another, you will need someone's help. Namtarn, no matter how hard you try to forget something in your past, there will always be a way to catch up with you in the present. Ohm, when the world seems to be against you, it doesn't hurt so smile and be happy. Punn, there's a demon in each of us that we fight every day to keep it active and to strive to be the best in whatever field we want to be. Claire, that we can't please everyone and that everyone will drag you down on your way to the top. Korn, for some it may be seen as a gift but for others it is a curse; and the risk of trusting someone so much that that person can actually hurt you in the most unimaginable ways. Mon, sacrifice is to be made for the benefit of others.

It makes you wonder, with a potential, what would you do with it? Will you use it to improve the system, society? Or take advantage of it to your own benefit and advantage. I'm ending this part because I'll be borrowing Spider-Man's line, "With great power, comes great responsibility."

I will review them for their progress/maturity by bringing up the series that I have WATCH before and how they did in this series.

Sing (Ohm) - Love Sick, Slam Dance, My Dear Loser. To me is the most versatile actor in the cast but underrated. I saw him in Love Sick how he fooled a confused, unsure boy. In Slam Dance, he's a more serious, top character. In My Dear Loser, show his cheerful, goofy and cheerful side. In this series, he took his acting to another level and upgraded in the episode where his potential was focused. Still fun, happy, serious, angry and crying. His character in this series is not goofy, in the way that I like him, but also shows a serious side.

It feels like he's being stereotyped as a longer antisocial character, as evident in the previous 2 movies I've seen and also in this series. But that does not mean that he is less effective in portraying that character.

One of the series' versatile actors. In My Dear Loser, he is able to show how docile, vulnerable and gentle he is. But in this series, he played a completely different character. A laser focused, goal-oriented and confident character. And with these two films, I'm definitely looking forward to him renewing his role as Sun.

When I watched My Dear Loser, right there and then I knew I could see her as the queen bee. Many people admire, many people also envy. And I'm not disappointed with her performance in this movie because it confirmed my suspicions.

It's easy to forget her role as Ainam in My Dear Loser and in SOTUS, she probably didn't get enough airtime to show off her acting skills. What I like about her in this series is her looks. A type of girl that is distinctive in her actions and looks. After all, with the club she's in, it's a must. She was able to bring justice to her role.

When he appeared in the first episode, I was really surprised and made me very excited. Compare his role as Min in Water Boyy, where his role seems to only go after girls. He was able to play a more mature role and was able to live up to it. Guide Gifted students to be the best they can be.

I haven't seen any movies where she appeared before so I can only rely on her acting in this one. She plays Namtarn quite well. A nerdy, weak girl who is always loyal to her friends and ready to do bad things for them.

In the role of Oh, the prince has the potential to become a handsome, charming guy in My Dear Loser. I'm not surprised he was able to take on the lead role of the series. The charming, cute, and serious type of role suits his face and acting. And his cry is believable enough for me to believe he's really hurt. An act of "acting" as glue for the Gifted class and of a true leader.

What I'm really looking for acting is not just how they deliver their own lines, but with corresponding facial expressions that give you how they really felt at the time. And each of the actors was able to convey those feelings.

In the end, they all took their acting skills to the next level, higher and better.

The opening score is sure to set your mood up as something you need to focus on. Every detail, every line they say. I feel the vibe that this is about mystery and not so much suspense. Sound effects are also noticeable, especially when Wave is using its potential.

Unfortunately, once you've gotten through the series, from start to finish, there's really little need to revisit it, unless you know there's going to be a season 2 for this. Because in the end, you know the full potential of giftedness, and you were able to anticipate the "surprise". 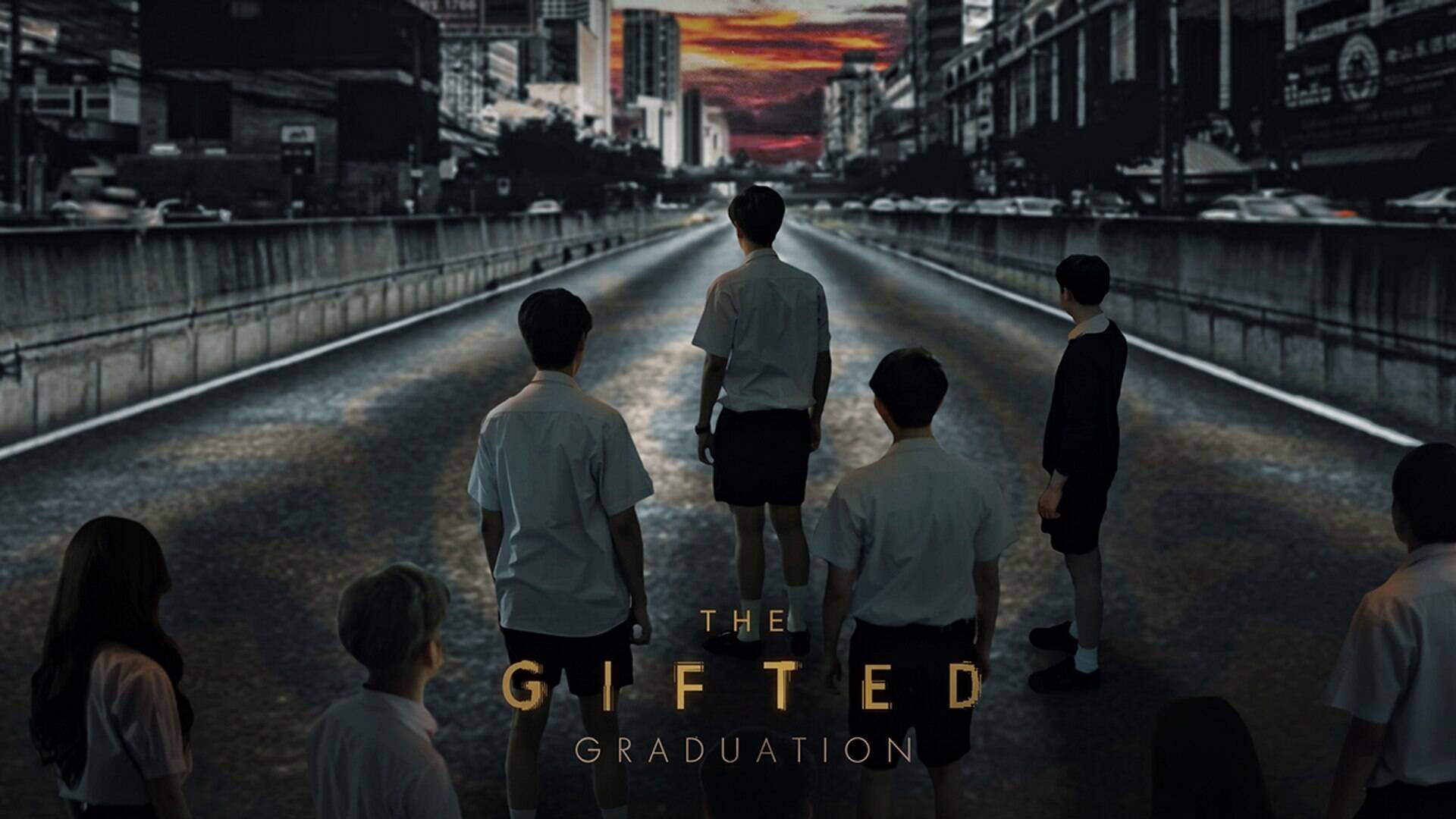