ABOUT SERIES THAT WINTER, THE WIND BLOWS 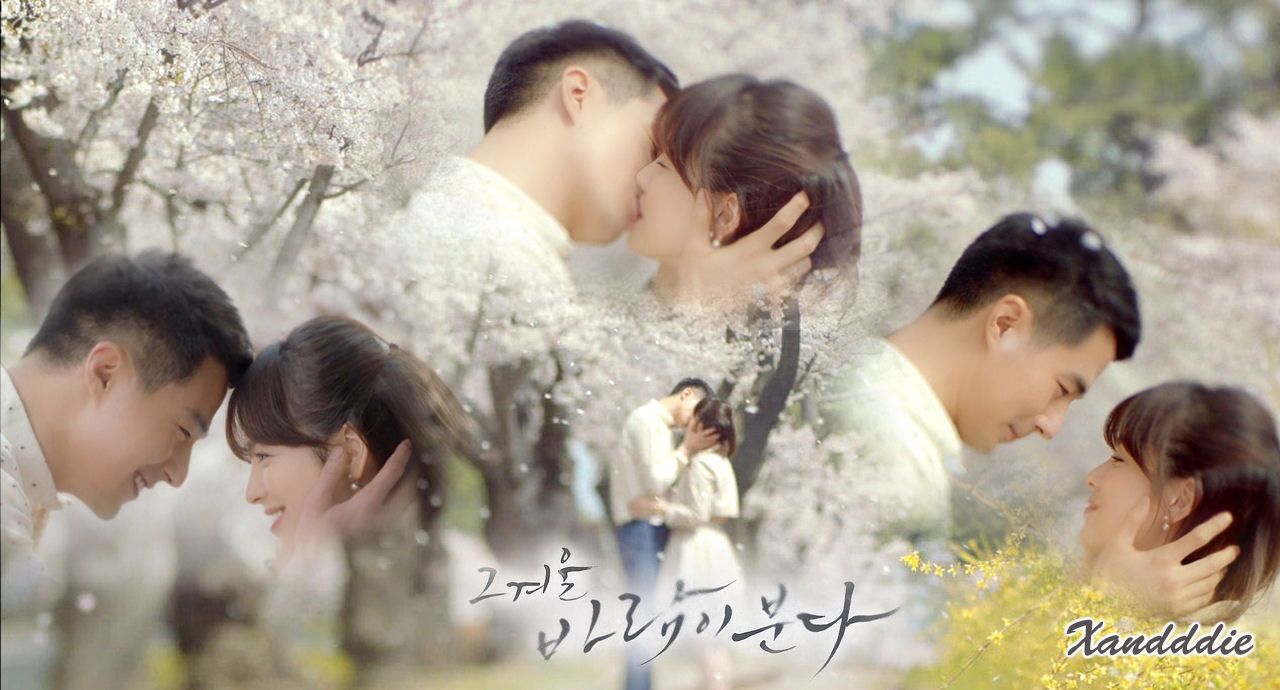 Oh Soo (Zo In-Sung), known as the best player in the Cheongdam district, leads a meaningless life. His parents abandoned him at an early age and he lost his first lover. Meanwhile, Oh Young (Song Hye-Kyo) is the heir to a big business, but she lives a lonely existence. She lost her sight at a very young age and her father recently passed away. Their destiny merges very quickly. Oh Soo was abandoned in front of an orphanage when she was a baby. He later lost his first lover. Now Oh Soo is working with Jin-Sung (Kim Beom), who admires him. Meanwhile, there is another man named Oh Soo who takes care of Oh Soo's residence and cooks for him. One day, employee Oh Soo told Oh Soo and Jin-Sung that his father is the CEO of PL Company and that he has a younger sister named Oh Young (Song Hye-Kyo). Oh Soo and Jin-Sung don't take him seriously. Oh Soo is in a relationship with actress So-Ra (Seo Hyo-Rim). She's obsessed with Oh-Soo, but he doesn't like her that much. So-Ra is about to go abroad for a year to work, and she fears Oh-Soo will leave her for another woman during this time. She concocts a ploy to trap him for embezzlement. Meanwhile, Oh Young's father is the CEO of PL Company. She is the heir to the business, but lives a lonely existence. She is blind and separated from her mother and brother after her parents divorced when she was 6 years old. Now her father is seriously ill. She doesn't trust anyone, especially Hye-Ji (Bae Jong-Ok), who caused her parents to divorce. One day, Oh Young receives a letter from his older brother Oh Soo. From the postman, Oh Young learns that his brother has sent him letters regularly and that his stepmother Hye-Ji has hidden these letters. Oh Young decides to visit his brother without telling his mother-in-law. She takes a taxi and asks to be driven to the address indicated on her letter. The address turns out to be a hotel residence.

Oh Soo wakes up to the sound of his doorbell. He sees a woman standing in front of his room. She tells him that she is "Oh Young", but Oh Soo doesn't recognize her. She then asks him who he is and he tells her that he is Oh Soo. Meanwhile, Oh Soo realizes that she is looking for the other Oh Soo. He tells her that his brother is in an institute and that he will be back at 3 p.m. Oh Soo then went back to sleep. When he wakes up and checks in the lobby, he sees that the woman is still there. Oh Soo approaches her and she asks him to read the letter sent by her brother. Oh Soo now realizes that she is blind. He takes her outside the hotel and reads the letter to her. While reading the letter, he notices a group of guys running towards him. Instinctively, Oh Soo gets up and runs. As Oh Soo runs away, his employee Oh Soo appears and begins to follow him. Shortly after, employee Oh Soo was fatally struck by a car. Oh Soo is then grabbed by the guys chasing him and Oh Young stands nearby, hailing a cab. She doesn't know that her older brother Oh Soo just died in front of her. Oh Young leaves because she just got a phone call saying her father is dead. While Oh Soo is in prison, So-Ra and his lawyer visit him. They explain to Oh Soo why they tricked him. She tells him to spend a year in prison and then to live permanently with her in Switzerland. She has about $ 7 million from the embezzlement scheme. Oh Soo tells her that he will never come back to her, even if he is killed by the person she cheated. A year later, Oh Soo is now out of prison. He learns that he is out of money and that So-Ra's godfather has hired a Moo-Cheol gangster (Kim Tae-Woo) to recover the $ 7 million he thinks Oh Soo stole. Moo-Cheol tells Oh Soo he has to find the money in 100 days or he's dead. Oh Soo has nowhere to stay, so he goes to the rooftop room where his employee Oh Soo lived. While standing in front of the rooftop room, a man walks up to Oh Soo and asks if he's Oh Soo. After confirming that he is Oh Soo, the man named Jang Sung (Kim Kyu-Cheol) identifies himself as an attorney for the PL company and a friend of the late president of the company. He looked for Oh Soo, because his blind younger sister Oh Young is all alone. The lawyer thinks Oh Soo is Oh Young's older brother. Meanwhile, Oh Soo realizes that maybe this is how he can pay the money back.

"That winter, the wind blows" resumes the time slot of Wednesday and Thursday at 9:55 pm previously occupied by "Le grand seer" and followed by "Tout sur ma romance" in April 2013 Based on the Japanese drama "Forget Love". Associated titles: Forget about love | Ai nante irane yo, natsu (TBS / 2002) Don't love me | Sarangddawin Piryoeopseo (2006) That winter, the wind is blowing | Geu Gyeowool, Barami Boonda (SBS / 2013) Filming begins in October 2012. Actress Song Hye-Kyo, director Kim Kyu-Tae, and screenwriter No Hee-Kyung previously worked together in the 2008 KBS2 drama "Worlds Within ......" The first script reading took place on November 4, 2012 at the SBS Ilsan Production Center in Tanhyun, South Korea. The main cast, director and screenwriter all attended the reading. 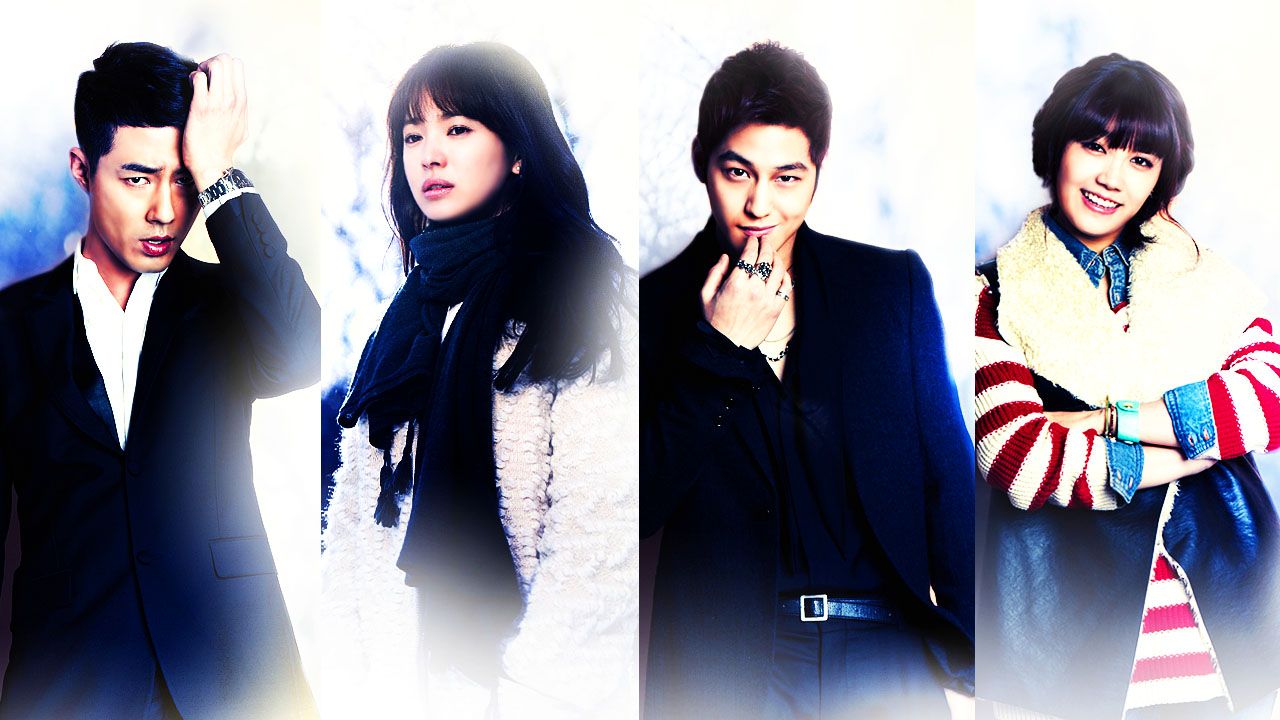 NOW YOU CAN WATCH FULL EPISODES SERIES "THAT WINTER, THE WIND BLOWS" ONLINE AND FREE ON XEMOVIE.COM