Oguri Shun plays Hyuga Toru, a rich man with an unruly personality, smeared with flaws. As the CEO of an information technology company announced by Forbes as a billionaire, Toru achieved his fortune by chance and luck. One woman who meets Toru and is eventually attracted to him is Sawaki Chihiro, played by Ishihara Satomi. Chihiro is a hardworking college student at the University of Tokyo who has prepared for her future as much as possible through her studies and obtaining her license to practice. Despite her efforts, she has yet to find a job. Upon meeting Toru, she begins to discover a true purity within him and the loneliness that is a result of that purity, which eventually draws her closer to him. The two often clash with each other, but little by little they learn about each other to grow and develop together. Despite the global recession and financial difficulties, there are people like Mark Zuckerberg who started out from an apartment room or a garage and eventually became companies that generate more than ten years of revenue. billion dollars in just 10 years or so, embracing their new-found fortune by living the life of their dreams. Whether it's games or application software, eCommerce or other IT related company, there are more than a few who have become known for such status in recent years. On the other hand, Japan's unemployment rate for new graduates fell to a record low, and those who wanted to work could not or their aspirations to work at the company of their choice were not approved. A Cinderella story of the real world. Can the two reconcile their values ​​and lifestyle to become a happy couple? --Fuji TV 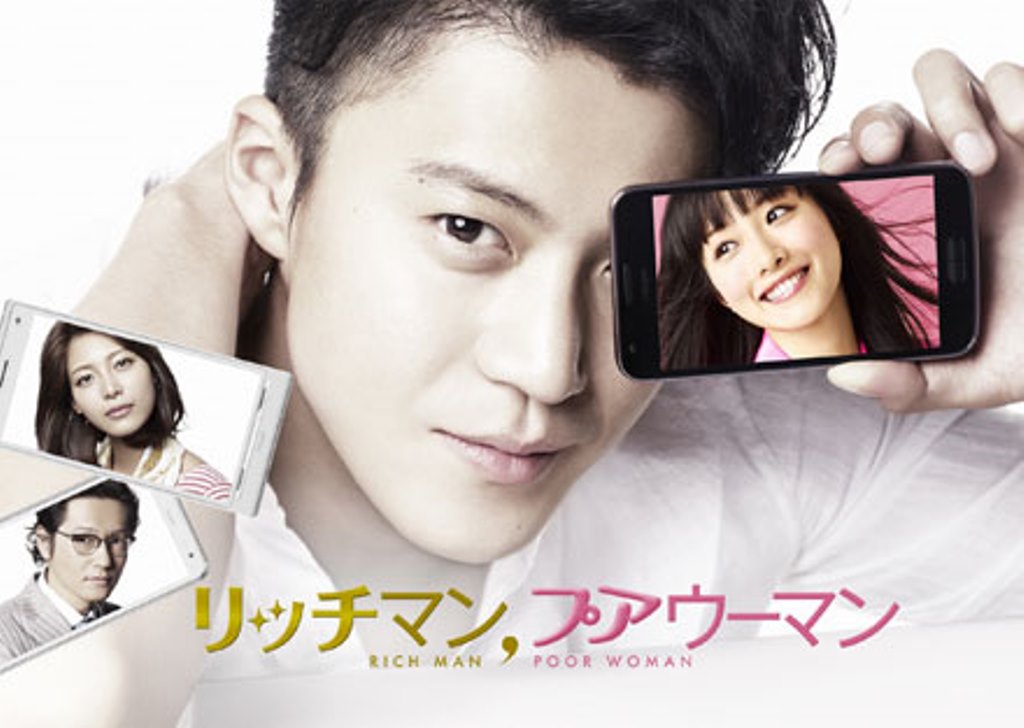 Nakamura Yasuhi as Ogawa Satoshi [Programmer at NEXT INNOVATION Company]

Maikawa Aiku as Tateishi Risa [Secretary at NEXT INNOVATION Company]

As many reviewers pointed out before me: the title of this show is really misleading. This is most definitely NOT a Cinderella story and the difference in social status plays no significant role in the story. The story itself is interesting and complex and all four main characters go through a real development during the series. It's really refreshing to see a story about an intelligent, career-driven woman who (usually) has no problem balancing her work and personal life. Also, she is a scientist (a lab worker of some kind) which is a field not often enough associated with women. I only wish they would give more space to the character of Yoko. That's my only regret.

Flawless, but I would expect nothing less from this cast. Oguri Shun is especially hilarious as socially awkward, short-tempered Hyuga Toru and he has great chemistry with adorable Ishihara Satomi who makes her character extremely relatable.

OST is nothing extra special, though several tracks are great. I usually don't like when one song is 'overused' in the show, but I didn't mind with 'Hikari E' . It's an amazing, catchy song that goes well with the mood of the show.

I've already rewatched all my favorite parts...oh so many times and I suspect I will rewatch the whole show in the future (also many times).

WHAT KIND OF FEELS THIS SHOW GAVE ME This show made me literally giddy with joy. And I mean all the episodes, not just the ending. Despite the fact that some plot points were quite predictible, it never bore me. The Special was superb and it gave a great closure to the series (which is kinda rare in the world of dramas...). I admit I am not praying for the second season. Second seasons are usually worse than the first ones and I am afraid they would ruin this perfect show.