After an earthquake destroys Xiang Qin's house, she and her father move in with the family of her father's college friend, Uncle Ah Li. To her surprise, the kind and friendly aunt and uncle are the parents of her cold and aloof classmate Jiang Zhi Shu, a genius with an IQ of 200, whom she not long ago denied her boundless love for him. Will proximity give her a second chance to win Zhi Shu's heart? Or, will her love for him end under his cold words? What happens when there is competition for his heart?

Drama: It Started with a Kiss 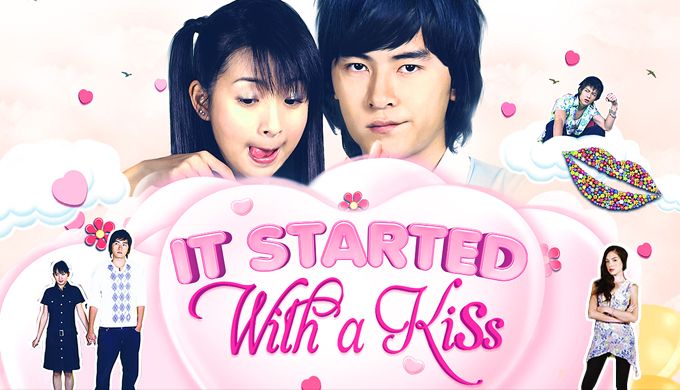 1) The reason I watch this: I didn't know that Taiwanese dramas existed until I watched this series. I'm a big fan of "Itazura Na Kiss": I read the manga, watched and absolutely loved the anime then I watched all the TV adaptations; This is the last incarnation that I see.

2) Plot / Plot: This series has the closest adaptation to the manga; it's literally without much change. It's the loyalty that makes it so interesting.

3) Acting/Actor: Like I said before this was my first Tw drama so I wasn't familiar with the cast back then but I loved the acting plus the supporting roles were super awesome along with all the side stories.

4) Music: I don't really remember the track well but I think it's very good.

5) Rewatch value: one of the fewest TV series that I watch again and again from time to time. If you watch TV series again, you will definitely watch this series again.

6) The End: It's a super cool genre that everyone wants to watch when they watch a drama but I wouldn't consider it "The End" because there's already a second season.

7) Overall: I don't like the Chinese language but when I watched this movie, I completely forgot about my dislike and focused on the story. Basically, if you are a fan of Itazura na kiss, you must watch this.