Cha Woo-Sik is a picky person and he wants to become a singer. Due to Lee Joon-Ki, he puts all his money into Waikiki. Kook Ki-Bong used to be a promising baseball player, but he now plays in the minor leagues. Due to Lee Joon-Ki, he also puts all his money into Waikiki. Along with these 3 men, Han Soo-Yeon (Mun Ka-Young), Kim Jung-Eun (Ahn So-Hee) and Cha Yoo-Ri (Kim Ye-Won) all begin to live at Waikiki.

"Hi! I already watched waikiki season 1. It's so funny and interesting. After waikiki season 2 was out, i was hesitate to watch. But after watched season 2, i really love it and more funny, more interesting and they all adorable. I really love both seasons. I really love kim seon ho and moon ga young. But i prefer and more excited to see lovelines between Gi Bong and Yoo Ri Noona. I love how innocent and nice Gi Bong and how charming and cool noona. They are suited with each other. Everyone had their own problems. And i loved how they support each other in this drama. I need Season 3 please. and keep Joon Ki in the drama too. He make my life more brighten. Congrats.." 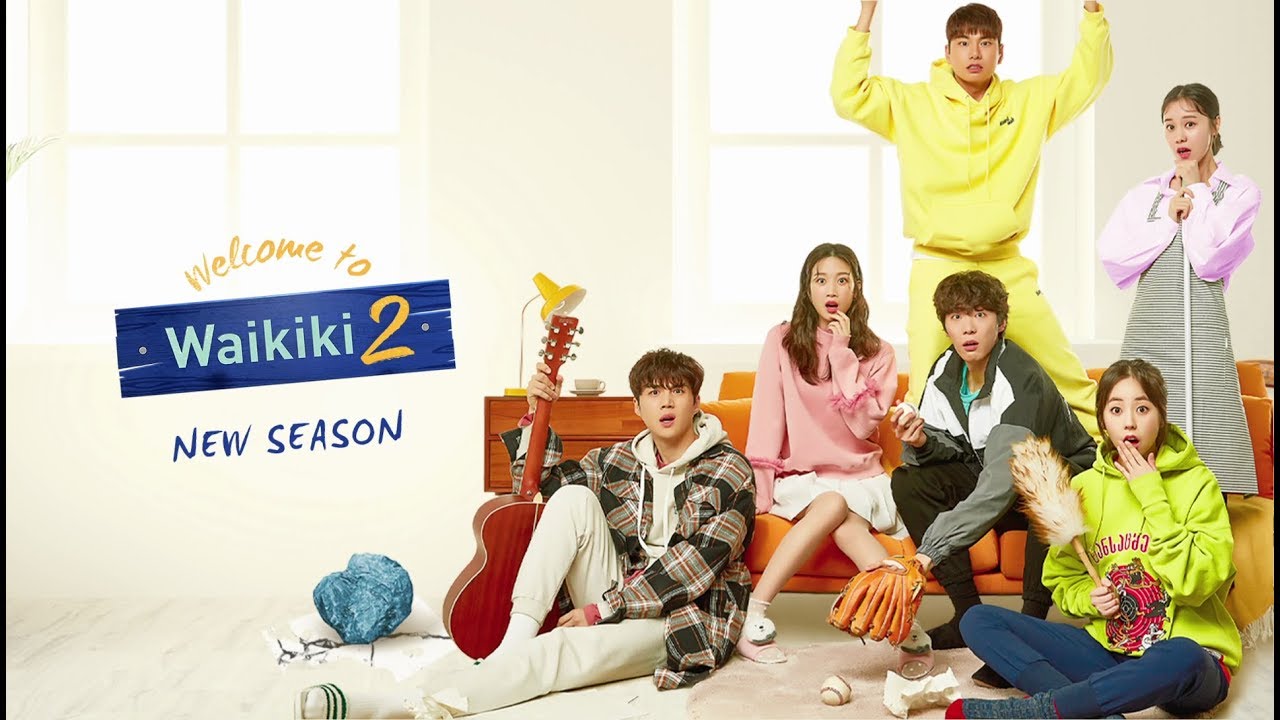 "Actually it's funny. I get the humor and the theme but what I'm bothered about is that Jun Ki shows manipulative behavior and exploitation. His immaturity is beyond acceptable anymore and though it's funny in some scenes, his character i doesn't even have respect on people's boundaries. In episode 3, his ki bong didn't really want to be there, exposed in the cold weather but Jun Ki made him eat ice cream and used fans all over him. He also made Ki bong remove his clothes but he didn't even show empathy all he wanted was to be featured, not minding his friend's struggle out cold. His manipulative and guilt trip annoys me and uses words to make other people guilty for setting their boundaries especially when u sik asked him to leave the bath but he insisted and in u sik's defense, he threw soap bubbles at jun ki. He did that in the act defense when one person's boundaries was overstepped by someone without consent. His subconscious triggers anxiety hence defence mechanism and after that, Jun ki never apologized but used guilt trip to U sik using their friendship as the subject. In reality we hate these kind of people and we find it toxic. I know this is a comedy show but in real life, it's uncomfortable to associate with people like him. But well done to the director and script writer. As well as to the actors. They did the part and played it well."

"The first season was good, but the second season after all the wait seemed to just rehash pretty much all the old gags and make them less funny. The writer could've come up with new gags but it was written very lazily.

As much as I loved the original cast, having Lee Yi-Kyung or Lee Jun Ki remain as the only person from the original cast and write them off like they were side characters was not pleasant, if anything it was another example of lazy writing. I hated how while they could've used an entirely new cast, they kept him and just copy-pasted the cast into an entire portion of his past and assumed it would be convincing.

It's a comedy so lets focus on that: watch 2 episodes and you've essentially watched them all. Just a bunch of running gags overused to the point of not even being funny anymore. Lee Yi-Kyung's role was an over-the-top kind of role in the first season, but it wasn't so bad because there were characters to balance it out. But here, it's the focus of the show, the characters were dull and the acting was stiff or unnatural.

Cinematography was good, and whoever wrote the script, planned to just make a few easy bucks by capitalizing on the nostalgia of the first season -- had pretty much everyone hooked just by reminding them it was Welcome to Waikiki.

Overall, not really funny and too predictable. It was just something to watch for closure after the first season or if you just need help moving on from it. The conclusion was good though, I liked how they wrapped it up.

Hopefully they don't make another season."

Watch full episode of the kdrama Eulachacha Waikiki 2 (2019) on XeMovie.com