Aani Kay Hava Season 1 is an Indian Mini TV Series. The series was written and directed by Varun Narvekar and produced by Anish Joag and Ranjit Gug. 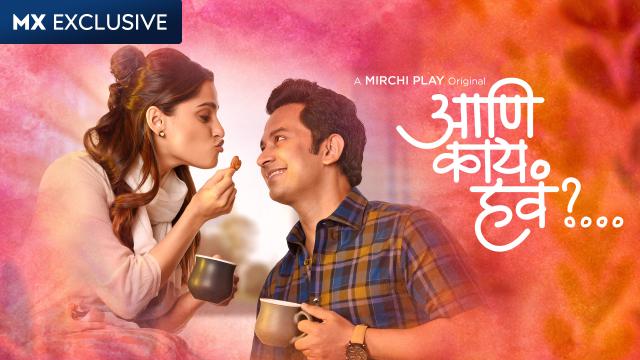 Some web series have everything going for them: the correct, crisp length (20 minutes as an average), a limited but outstanding innings (six episodes in Season 1 in 2019, which I caught up with now, and six more episodes in Season 2 in 2020) and a phenomenally simple and fresh slice-of-life concept that ends up way funnier than any larger-than-life hilarious comedy. To begin at the beginning, “Aani Kay Hava” translates as “What More Do We Want.”

This show is in Marathi, with excellent English subtitles, and a dubbed Hindi version, “Aur Kya Chahiye?” on the free-to-air channel (MX Player), and, honestly, the viewer cannot have enough of it. Across demagogues, including all ages and all those who know Marathi as well as those who do not, this is just about the funniest yet cleanest comic fun you will ever get to see, a web version in that sense of “Sarabhai Vs. Sarabhai” in its sustained level of excellence, but a tad more consistent, because its total running length across 12 episodes in two years is about four hours!

The performances are dazzling and the screen chemistry goes exceptionally high as the protagonists, a newly married working couple from Pune, are essayed by real-life husband and wife, the magnificent Priya Bapat (known for stunning performances like in “Happy Journey”) and Umesh Kamat, also a brilliant actor. Bapat, as always, has a face and eyes that expresses better than ten other actresses put together, with exceptional body language. Kamat follows suit.

Season 1 has only the two of them in principal roles, and the unique humor that comes out of just two normal upper middle-class people in love creates the superb comedy. In Season 2, there are other characters who come in for different episodes, and the humor, in that sense, gets more external but remains as funny.

Season 1’s first episode, “Nava Ghar (New Home)” is about the couple, Jui and Saket, shifting to their dream house and planning how to make it beautiful in every way, while also coming to know some aspects of each other’s personalities in that context. The end is a humdinger of emotions told in a wonderfully funny manner. 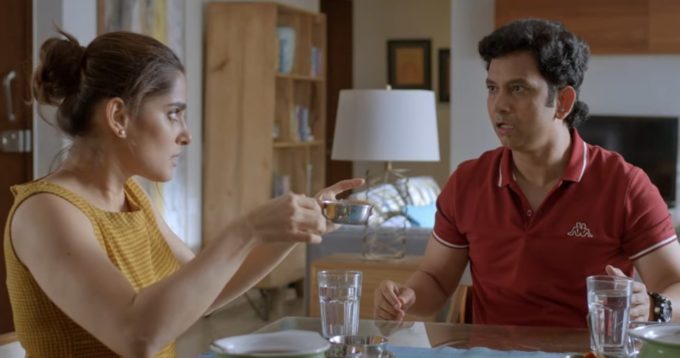 The next one sees them buy their first car “Navi Car (New Car)” and their adventures with it, right from a parking lot hassles and a first scratch on it. The third episode, “Puranpoli,” is about a sweet Saket can die for, as made by his mom, which is tried out by Jui, with a twist in the tale!

A short planned break for the weekend, discussing their exes, and a hilarious tryst with dieting make for the other stories. Season 2 finds the couple wanting to adopt a pet, being frightened by ghost stories, hubby developing a serious cold and later learning to play the tabla, planning for their first child and also the first time Jui has to go for a few days on work out of station, leaving hubby alone.

The “Puranpoli” and “Chhota Aazarpan (Minor Indisposition)” episodes are the crème-de-la-crème of a fantastically consistent level of excellent writing and direction by Varun Narvekar.

A brilliantly non-intrusive background score (Saurabh Bhalerao), excellent production values and locations and a perfect supporting cast make up for a near-perfect show that can drive away the bluest of blues. Miss this at your own peril. No, please DON”T miss it.

You can watch Aani Kay Hava Season 1 full HD online free with English Subtitles on Xemovie.Theri 2016 is one of the best Indian movies/series to stream online with English subtitles.