Adapted from the classic Chinese novel “Journey to the West,” but reinterprets the story into the present day and has a romantic-fantasy twist. 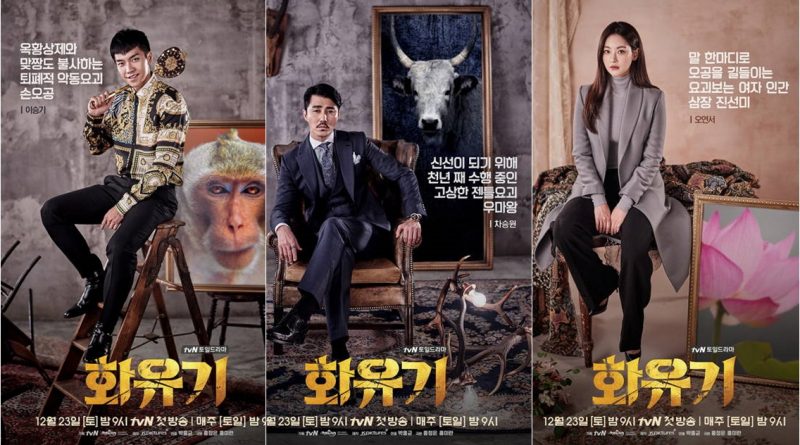 "MAY CONTAIN SPOILERS So far I'm on episode 7 and the drama is going pretty well BUT there is one character that is annoying and that is Seon Mi. Why? Because she keeps pushing and pulling him. Like honestly he's a fricking monster, his original goal was to eat her, but instead she put that bracelet on him, knowing what the consequences will be when it's put on him. And yet she's annoyed because he likes her uncontrollably? U know I don't support him eating her, but if I were in his shoes and had to be practically locked up again I would be pissed off ngl. Not only that, she literally spends so much time thinking about if he truly likes her or not, tbh partially of his feelings are all fake and she knows it. Oh and she always says something like "stop coming near me and leave" he leaves and she's sad... like WHAT? girl u just told him to shut up and leave. AND whenever she goes "fight" a monster, she always goes by herself, like girl what are u gonna do with a yellow kiddy umbrella and beads. Also I know like it's scary to encounter a ghost but for someone who has lived with them for her whole life, I'm surprised she's still scared of them, I mean I've seen plenty of ghosts before but I kinda got used to them. Not only that I feel like she always creates a bubble where everything that's happening is going smoothly, but when someone says a bold honest truth to her, it breaks, and she would get sad and question about her whole feelings again. Anyways I'm only episode 7 and I Really want to drop this drama, although I really like these type of dramas and how the plot suites my preferences. I'm sorry if anyone got offended or didn't like what I said, honestly this is my opinion on how I feel about it. but yeah thanks for reading up to here."

"I think it's fair to say that this drama was good overall: the story is intriguing, well written for the first 10 episodes and it made me curious. If I can say something bad about it, I'd have gone for a shorter version. 20 episodes are too many, since part of the story (expecially from episode 14) was just fillers. I'd rather watch 10 very good episodes than 20 just for the sake of carrying it on. The ending it's not that bad, but it's way too predictable: if you're not into open endings, just forget about this drama. Onto the good stuff:

I don't think I'd rewatch this, cause it's too painful now (i didn't enjoy the ending) and also because of the dragged out part (13-17), but It was definitely worth my time."