English: Saga of Tanya the Evil: The Movie

Licensors: None found, add some

With its armies sweeping across the continent, the Empire seemed unstoppable. After securing victory over the remnants of the Republican army, the Empire's final victory was finally within reach. However, dark clouds are gathering in the East. The communist-led Russy League is massing troops on the western border, preparing to go to war. Aided by a team of volunteer Allied magicians — among them Mary Sioux, the daughter of a soldier killed by Tanya Degurechaff — the Federation is determined to spread communist creeds and take the Empire away. to the point of collapse.

Meanwhile, Tanya and her battalion return to the capital from the southern front. Upon arrival, they are tasked with investigating troop movements across the border with the Federation. Any escalation of violence at this point could lead to new conflicts, plunging the world into a devastating global war.

Will the Empire ultimately emerge victorious from its struggle, or will it crumble in the face of superior enemies and radically different ideologies?

The Youjo Senki Movie is a mixture of historical anomalies, self-reflective commentaries on the perpetual cycle of death and war in human history and the persistent yet noble personal battle which our main character Tanya puts up against what's effectively the God of this world (Or Being X, if you will). All whilst stuck in the body of a young girl. Sounds like your kind of thing? Then welcome, to the "Saga of Tanya the Evil" (movie)! 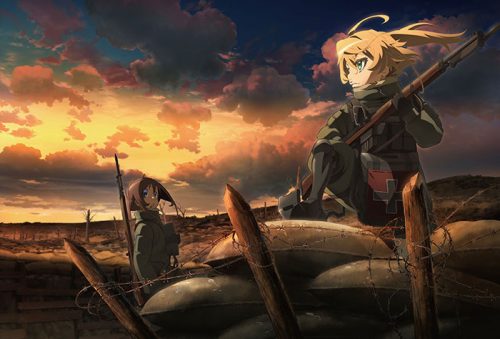 Tanya as a series was made by Studio NUT, a relatively new studio comprised of passionate individuals willing to work their ass of for their craft.