The film is a tribute to Lam Ching-ying, who died 20 years ago.

Spring, a born loser, is saved by three street cleaners after being attacked by a vampire. He wakes up in a government secret facility hidden in a waste collection station. Spring soon realizes that he possesses a particular immunity to vampire attacks, making him an ideal candidate for the Vampire Cleanup Department's covert agent program. 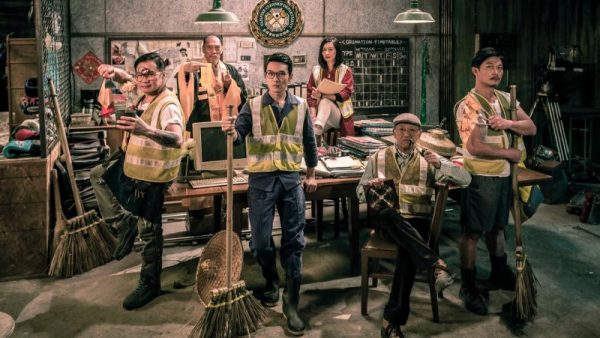 Chin Siu Ho is a Hong Kong actor and martial artist best known for his roles in The Tai-Chi Master and Fist of Legend alongside Jet Li. He is actor Chin Kar Lok's older brother.

Richard Ng is a Hong Kong actor who was born in China. He was educated in England and is recognized for his humorous roles. Ng made his acting debut in Michael Hui's 1976 film The Private Eyes, but it was his partnership with Sammo Hung that catapulted his career (Lucky Stars series). Pom Pom, a movie series he co-created with John Shum, was eventually released. Ng is also the father of Carl Ng, an actor with whom he has worked in several films.