ABOUT THE FOREVER PURGE

The Forever Purge (The Purge Forever in Latin America and La Purga: Infinita in Spain) is an American action horror film from 2021. It is the fifth and final film in the The Purge franchise, and is a direct sequel to The Purge: 2016 Election Year. It was directed by Everardo Valerio Gout and written by franchise creator James DeMonaco, who also produced alongside Jason Blum and Michael Bay. It stars Ana de la Reguera, Tenoch Huerta, Josh Lucas, Cassidy Freeman, Leven Rambin, Alejandro Edda and Will Patton, and is about a group of ranchers who flee after numerous people continue to commit crime after the end of the Purge.

The film's release was originally delayed to July 2020 due to the COVID-19 pandemic, The Forever Purge was released in theaters under Universal Pictures distribution on July 2, 2021. Like previous films in the franchise , the film received mixed reviews from critics. 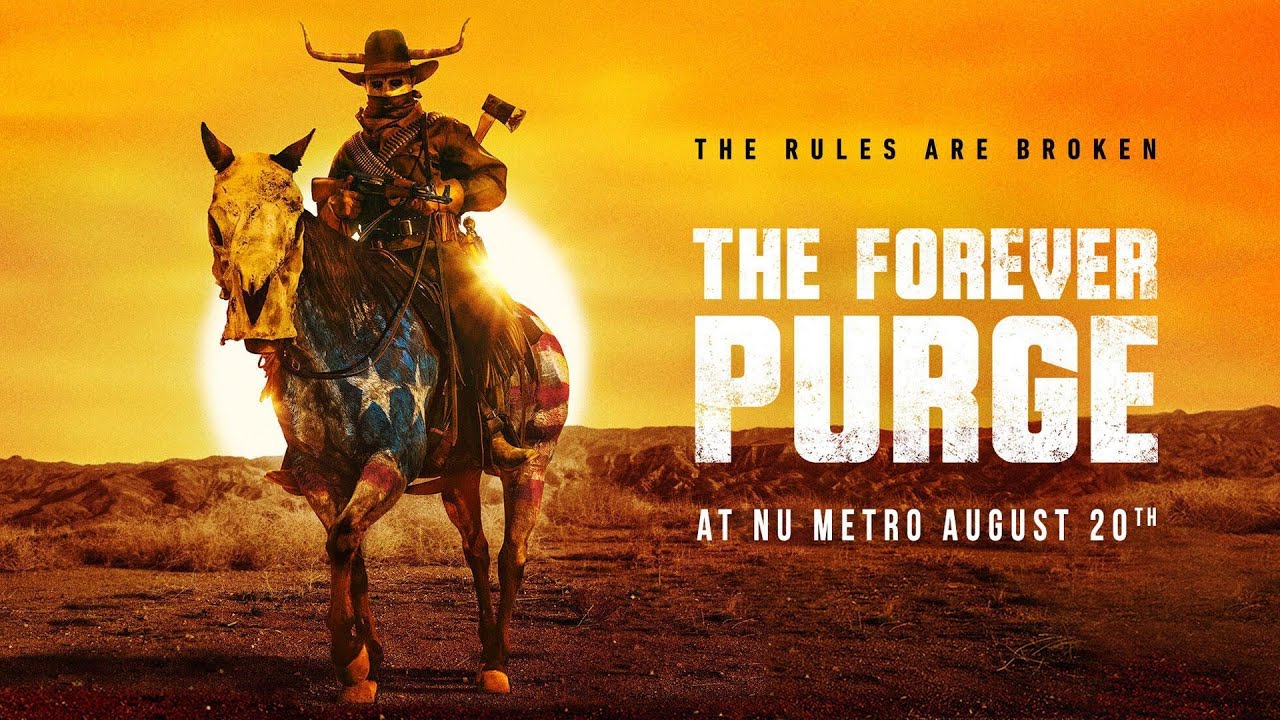 In 2048, eight years after the presidential election of Charlene Roan, the New Founding Fathers of America (NFFA) regained control of the United States government and reinstated the annual Purge with its original rules. Racial supremacy and nativism have risen across the country after her re-election, and many outside the ruling party are concerned that the upcoming Purge will inflict more damage on the country than the NFFA can control. Married migrant couple Juan and Adela illegally cross the border into Texas to escape a Mexican drug cartel and build a new life, with Juan working as a laborer on the Tucker family's ranch while Adela begins work near Austin.

Ten months later, on the eve of the next annual Purge, Juan and Adela join a community of migrants behind a walled sanctuary with armed security to protect them. As the Purge begins, Adela witnesses a nationalist group of Purgers, declaring themselves a "Purge Purifiers Force" (PPF) that intends to kill those they consider non-Americans. The group passes without hostility and the migrant community survives the Purge without incident. When morning comes, Juan and Adela go back to work, but both notice that many of their coworkers did not show up for work. Soon after, Adela is attacked by two Purgers, but her boss Darius rescues her before they are both arrested by the police for killing their attackers. THE FOREVER PURGE IS WORTH TO WATCH

WHERE TO WATCH THE FOREVER PURGE