It is a new movie project from GTH from the director of Tong – Banjong Pisanthanakul, a man with glasses with degrees from Shutter, Twin, Middle Man, Konkong and Kuan Mun Ho come back this time. Pick up the legend of "Mae Nak" to create a new interpretation. Add porridge to add color and spicy salad for us to see. This movie picks up everything that is an important shot that we have experienced and remembered about "Mae Nak" in the past. But adding new colors, whether it is an event / scene / clothes / name / speech quite contradicting Because they don't go together in terms of reality, implying that they don't care about any historical reality at all, picking everything up into the same movie. same set of characters which it was told together in a strange way And those stories are aimed at the main goal of "Pe Makkha" this person. 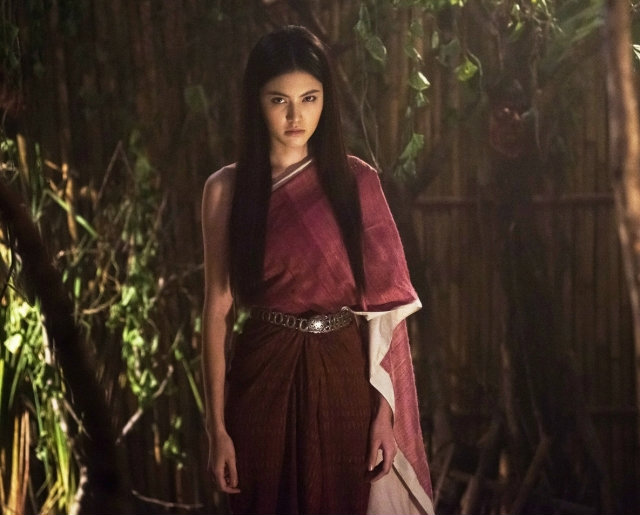 Mak ( Mario Maurer ) went to war and fled back like we used to know, but this time, he came back together. With 4 new friends — De Puek, Chin and A, who will come to make a mess in the Phra Khanong area. When the four friends learn that the beautiful Naga ( Mai Davika Horne ) of Pi Mak is a ghost. (He was rumored all over the place and only Pee Mak didn't believe it) but couldn't openly tell the truth to Pee Mak directly, so had to use various methods. All four are the middle gang / gang from the movie 4 crosses / 5 crosses that used to make a joke before. This time, they still couldn't lose the previous time.