God's Not Dead A Light In Darkness

God's Not Dead A Light In Darkness Related Movies

God's Not Dead A Light In Darkness Review

ABOUT THE MOVIE GOD’S NOT DEAD: A LIGHT IN DARKNESS

After Rev. David Hill is released from prison (as seen in the previous film), controversy is sparked against Dave's St. James Church, which is on college campus grounds. This causes the college to start the process of shutting down the church to replace it with a student center, much to the dismay of Dave and his friend Jude, who begin the process of suing the college to save St. James. Things get worse when college student Adam Richertson, reeling from his breakup from his skeptical girlfriend Keaton, tosses a brick into the church, igniting a fire that kills Jude and nearly destroys the church. Adam is horrified by his actions and contemplates whether to confess to the crime, leading him to reconnect with Keaton. During the lawsuit against the school, Dave enlists the help of his estranged atheist brother, attorney Pearce Hill, who tries to explain to Dave that it is not a case worth fighting for. Dave refuses to listen to his brother's advice and continues the case into court. After failing to reach a settlement with the college, the trial date is set for the lawsuit. At the same time, Adam sends an anonymous text to Dave, confessing to the church fire, causing a furious Dave to assault him. This severely wounds his lawsuit's case and public opinion towards it, and leads to Adam being arrested and charged as a felony case. A frustrated Pearce leaves, feeling that Dave has gone too far, and that he doesn't think about what other people are going through, explaining how hurt he was after his family pushed him out for doubting his faith. 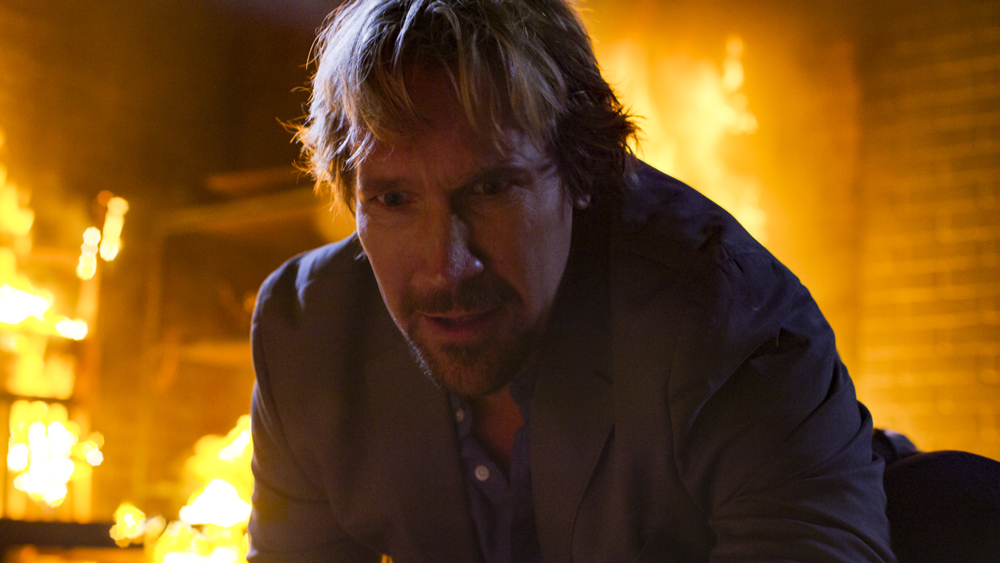 MAIN CAST OF THE MOVIE GOD’S NOT DEAD: A LIGHT IN DARKNESS

John Corbett as Pearce Hill, Dave Hill's estranged brother who is an atheist

Shane Harper as Josh Wheaton, a former college student who stood up to Professor Radisson in the first film, now a campus minister

Ted McGinley as Thomas Ellsworth, chancellor and a lead board member of Hadleigh University.

Samantha Boscarino as Keaton Young, a student at Hadleigh University

Tatum O'Neal as Barbara Solomon, a board member of Hadleigh University.

Shwayze as Teo, a friend of Keaton Young at Hadleigh University

Jennifer Cipolla as Sydney, one of Keaton Young's friends

MORE INFORMATION ABOUT MOVIE GOD’S NOT DEAD: A LIGHT IN DARKNESS

God's Not Dead: A Light in Darkness is a 2018 American Christian drama film written and directed by Michael Mason. It is the third installment of the God's Not Dead series, following the 2014 film God's Not Dead and its 2016 sequel. It stars David A. R. White, John Corbett, Shane Harper, Benjamin Onyango, Ted McGinley, Jennifer Taylor, Tatum O'Neal, Shwayze and Cissy Houston.

The film follows the trilogy's Christian persecution complex theme, and is loosely based on the story of five pastors in Texas who were issued subpoenas for sermons due to potential violation of the Johnson Amendment. Unlike in the film, in reality the subpoenas were soon dropped: since 2008 only one of more than 2,000 mainly evangelical Christian clergy deliberately violating the law has been audited, and none punished.

NOW YOU CAN WATCH THIS MOVIE GOD’S NOT DEAD: A LIGHT IN DARKNESS ONLINE AND FREE ON XEMOVIE.COM