In 1994, Deena and Josh Johnson restrain Sam, Deena's girlfriend who is possessed, and travel to C. Berman's house for help. Initially reluctant, Berman allows them inside and begins recounting the events of the Camp Nightwing massacre. 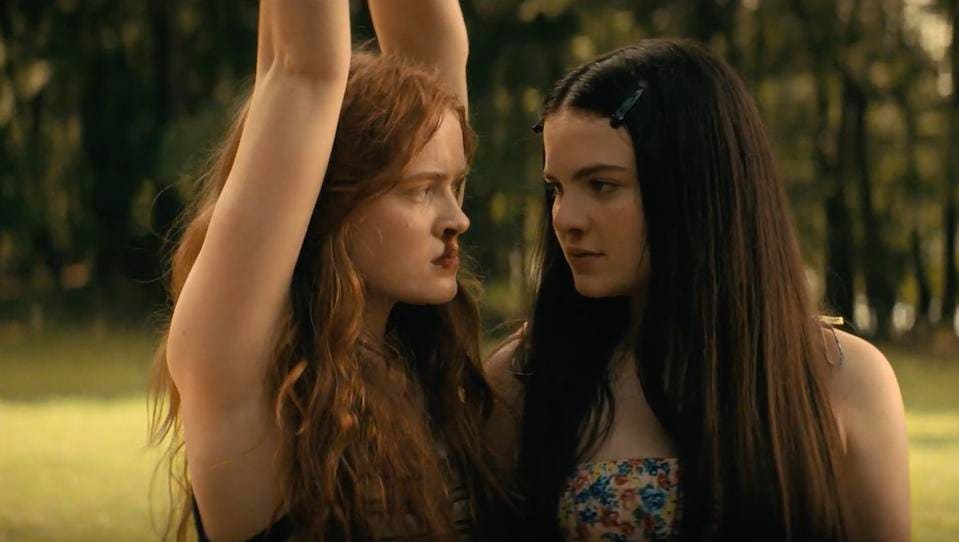 On July 19, 1978, Ziggy Berman from Shadyside is accused of stealing by Sheila, a Sunnyvale camper, and her friends. They rope her to a tree and begin to burn her before camp counselors Nick Goode and Kurt intervene. Ziggy's older sister, Cindy, and her boyfriend Tommy Slater are cleaning the mess hall when Nurse Lane, who is the mother of Shadyside killer Ruby Lane, attacks Tommy, saying that he will die that night, before she is removed from camp by the police. The teenagers from Sunnyvale believe she was possessed by Sarah Fier, as was her daughter. Later, Cindy and Tommy go to the infirmary to investigate her motive where they encounter counselors Alice, Cindy's former friend, and her boyfriend Arnie. They find Lane's diary which says that Fier made a deal with the devil by cutting her hand on Satan's stone, thereby earning eternal life. They also find a map in the diary leading to Fier's house. When the group reach the house, they find empty graves dug up by Nurse Lane and discover the witch's mark below the house. Alice and Cindy find a wall carved with the names of all the Shadyside killers and Tommy's name included. Tommy, now possessed, kills Arnie with an axe. He chases the girls but they escape through an entrance into a cave. At camp, Nick helps Ziggy prank Sheila and lock her in the outhouse. The two bond and share a kiss. Tommy reaches the camp and murders several Shadyside campers, including counselor Joan. Nick takes several of the campers to the mess hall, before leaving to find the others while Ziggy goes to find Sheila. Nick instructs Kurt to take the campers to the bus and ring the bell before they leave to alert the others.

Meanwhile, Cindy and Alice try to escape using the witch's mark in the diary as a map of the cave. They come across a pile of beating organs, which, when Alice touches, gives her flashbacks of all the past killers and their victims. After Alice injures her leg, she reconciles with Cindy and the two try to escape through a cave opening beneath the outhouse. After fighting an angry Sheila and knocking her unconscious, Ziggy and counselor Gary try to rescue Alice and Cindy until Tommy arrives and decapitates Gary. Ziggy escapes and hides with Nick, but the two are found by Tommy. He injures Nick, but Ziggy escapes to the mess hall. As the bus leaves, Cindy finds a route to the mess hall, while Alice stays behind. Meanwhile, Tommy attacks Ziggy, but Cindy intervenes and kills him. Alice arrives and tells them that she found the witch's hand. She had started bleeding and realized that she was sitting near Satan's stone, where she dug it out.

Fear Street Part Two: 1978 is a 2021 American teen slasher film directed by Leigh Janiak, with a script co-written by Janiak and Zak Olkewicz, from an original story by Janiak, Olkewicz and Phil Graziadei.[2] Based on the book series of the same name by R. L. Stine, it is the second installment in the Fear Street trilogy, and a sequel to Fear Street Part One: 1994. Starring Sadie Sink, Emily Rudd, Ryan Simpkins, McCabe Slye, Ted Sutherland, Gillian Jacobs, Kiana Madeira, Benjamin Flores Jr. and Olivia Scott Welch, the film centers on a group of teenagers in Camp Nightwing who must come together to survive a possessed counselor's murder spree.

Produced by Chernin Entertainment, a film adaptation of Fear Street began development at 20th Century Studios in 2015, with Janiak hired in 2017. Filming for the trilogy took place back-to-back from March to September 2019 in Georgia, with the intention of a theatrical release beginning June 2020. However, due to the COVID-19 pandemic and the acquisition of 21st Century Fox by Disney, Chernin Entertainment ended their distribution deal with 20th Century Studios and sold rights to Netflix in August 2020.

Fear Street Part Two: 1978 premiered at the Los Angeles State Historic Park on July 8, 2021, and was released by Netflix on July 9, 2021. The film received generally positive reviews from critics. The final installment in the trilogy, Part Three: 1666, was released on July 16.

NOW YOU CAN WATCH THIS MOVIE FEAR STREET PART TWO: 1978 ONLINE AND FREE ON XEMOVIE.COM