DREAM is one of the most metaphysically trippy in the Ki-duk canon. Still not sure my mind has completely processed this one.

What one man dreams about another woman sleepwalks and brings into reality. The woman is sleepwalking and doing exactly what the man is dreaming about, with the outcomes reversed through gendered barriers. If he obsessively dreams about making love to his ex-girlfriend, she'll sleepwalk to her ex-boyfriend, who she hates, and make love to him in reality. The man and the woman are complete strangers, but they're inexplicably drawn together through a kind of Second Life ventriloquy that exposes the conceit: 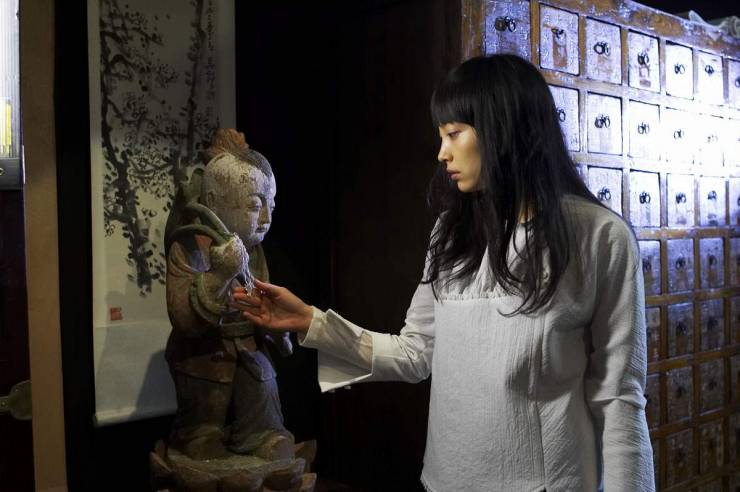 What brings pleasure to the man (dream sex with his ex-girlfriend) brings misery to the woman (real sex with her ex-boyfriend).

The premise feels set up to revel in misogyny and sadomasochism, but what's fascinating is how Kim subverts these expectations by presenting a completely non-conforming male against a would-be brazenly hateful male fantasy.

The propensity of the man to appear nasty is actually inverted by his desire to protect the woman from an unwanted sexual relationship. He doesn't get off on going to sleep, dreaming about sex, or making this woman his sexual marionette. And if he does, he's immediately overcome with guilt when he wakes up (sometimes even while he's sleeping). Rather than bask in the vicious opportunity, he fights alongside her to stake awake, hoping to keep her out of harm's way, even going so far as to masochistically injure himself in order to keep his eyeballs from closing.

In contrast to the male-against-female violence of Kim's larger body of work, DREAM presents a world where male violence is inflicted on itself, where a man self-mutilates himself to protect a woman from his uncontrollable dreams.

"Sleep" means misogyny, whereas "awake" means philogyny. It's a moving twist, not the least a powerful philosophical paradigm, that rarely sees traction in the Kim Ki-duk universe.