ABOUT THE MOVIE DANIEL ISN’T REAL

As a child, shy and troubled Luke witnesses the aftermath of a mass shooting at a neighborhood coffee shop. He meets another boy among the onlookers at the scene: cool and confident Daniel, who invites him to play and quickly becomes his friend. Although adults such as Luke's mother, Claire (Mary Stuart Masterson), cannot see Daniel, he appears physically real to Luke. The boys become close playmates, and their connection helps Luke cope with his parents' divorce. 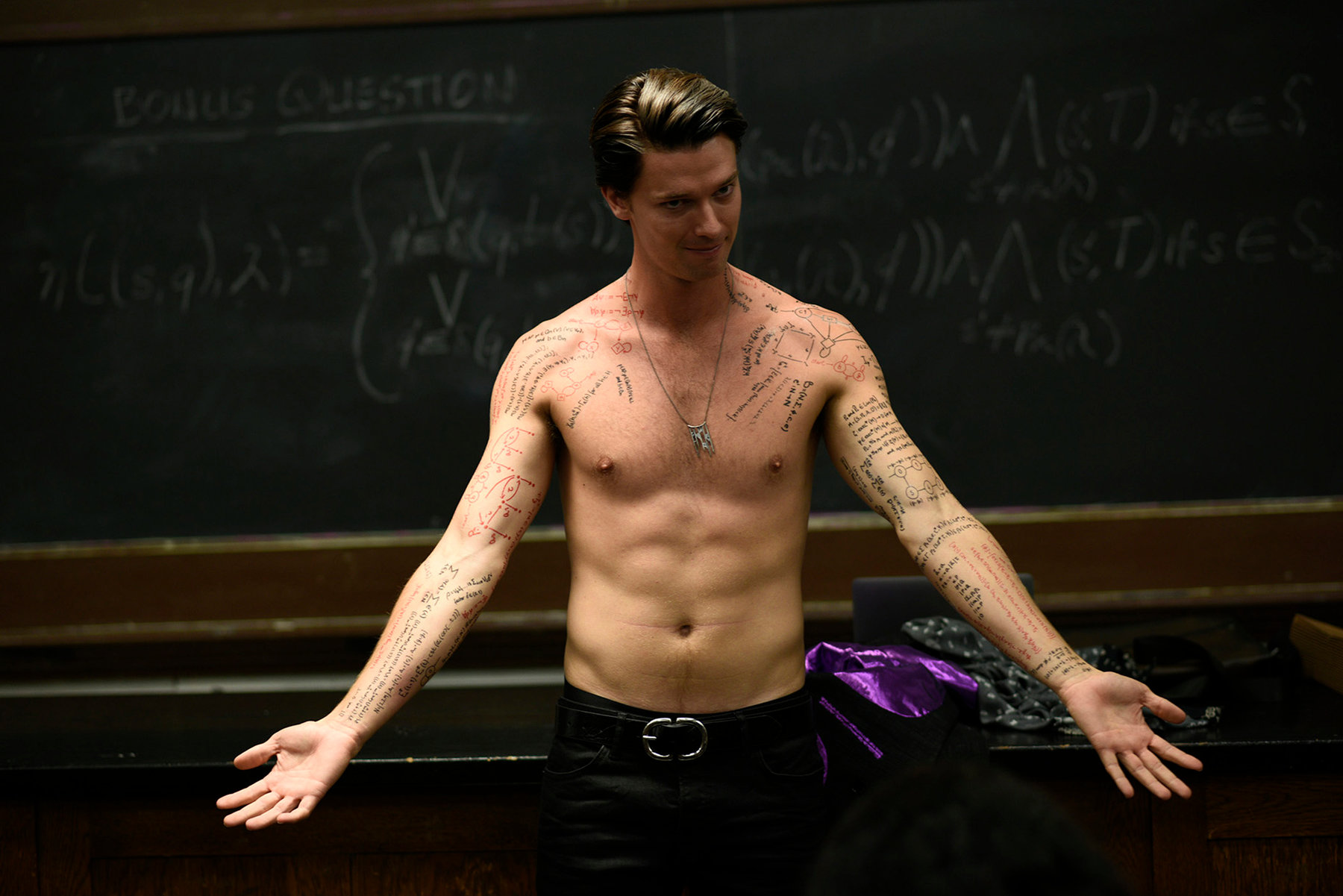 Their friendship comes to an abrupt end when Daniel convinces Luke that blending an entire bottle of Claire's psychiatric medication into a smoothie will give her superpowers. Instead, it results in a near-fatal poisoning. Claire convinces Luke to send Daniel away by symbolically locking him in her mother's old dollhouse.

Years later, the college-aged Luke (Miles Robbins) is paralyzed by anxiety over his future, his social life and his responsibility to his mother, who struggles with paranoid delusions and a hatred of her own reflection. He confides to his therapist, Dr. Cornelius Braun (Chukwudi Iwuji), that he is afraid he will eventually become just like her. One night, while sleeping over at his childhood home, Luke unlocks the dollhouse. Daniel (Patrick Schwarzenegger) reappears as an adult. His influence initially appears benign as he helps Luke thwart Claire's suicide attempt, succeed in school, and begin a romance with an artist named Cassie (Sasha Lane). However, he quickly starts exhibiting aggressive behavior, becoming enraged when Luke doesn't obey him. When Luke won't have sex with a psychology student named Sophie (Hannah Marks) on a date, Daniel forcibly takes over his body, has rough sex with Sophie and attacks Luke's roommate. Luke is banned from campus as a result and begins to question his own sanity, believing he may have schizophrenia. He attempts to banish Daniel back to the dollhouse but is unsuccessful.

Daniel Isn't Real is a 2019 American psychological horror film directed by Adam Egypt Mortimer, from a screenplay by Mortimer and Brian DeLeeuw, based upon the novel In This Way I Was Saved by DeLeeuw. It stars Miles Robbins, Patrick Schwarzenegger, Sasha Lane, Mary Stuart Masterson, Hannah Marks, Chukwudi Iwuji and Peter McRobbie.

Daniel Isn't Real had its world premiere at South by Southwest on March 9, 2019. It was released on December 6, 2019, by Samuel Goldwyn Films in select theaters and digitally.

NOW YOU CAN WATCH THIS MOVIE DANIEL ISN’T REAL ONLINE AND FREE ON XEMOVIE.COM