ABOUT MOVIE "CITY UNDER SIEGE"

Benny Chan directed and co-wrote City Under Siege, a 2010 Hong Kong science fiction action film. City Under Siege portrays a bunch of circus artists who go on a rampage after being exposed to toxic gas left by the Japanese troops during WWII, which gives them superhuman abilities.

Many years ago, a Japanese laboratory in Malaysia exploded, killing everyone inside as they experimented with chemicals that alter individuals.

Sunny is the orphaned son of a former master knife thrower. Following his father's death, he is adopted by his uncle, who permits him to work as a clown in a circus because he lacks his father's knife-throwing abilities. Sunny, on the other hand, still wants to be a knife thrower. Zhang and his cousins, who are all members of his uncle's troupe, harass him.

Sunny overhears the rest of the troupe discussing a plan to investigate a cave reputed to be filled with gold one day. Instead of executing Sunny, they make him the expedition's point man. They discover boxes full of capsules and make Sunny open them. Numerous gold plates can be found inside the first. They then attempt to murder Sunny before continuing to open the remaining capsules, releasing the experimental gas that transforms them into superhuman monsters. Sunny mistakenly kills Zhang's younger brother in the midst of the mayhem, but he manages to flee the group's fury.

After Sunny awakens from his coma, Angel, a reporter, sees him in an obese state a few days later. He was taken to a secure location. Sunny's fat and extra water are drained while he sleeps. He eventually returns to his normal shape, but realizes that he now has superhuman power and skills. He tries to call his uncle, but is taken aback when he learns that his uncle was detained by Malaysian police for the incident, which occurred as he was being accosted by a swarm of insects.

Meanwhile, mysterious individuals blew up and stole many armored cars, banks, and jewelry stores worth millions of dollars, and several medical professionals were kidnapped. A mutant pair dressed as investigators decides to look into the situation.

Angel got fired from her own show in favor of a new and lovely female. She comes upon a hostage situation while walking. Sunny arrives on the scene and disarms the hostage taker with a stick. He instantly becomes a hero, but he reveals his true identity to his deformed former troupe colleagues. When Angel herself interviews him, he becomes a celebrity and ambassador. Angel is now his agent and manager. The group tries to kill him for his blood, believing that it now holds the virus's remedy, while everyone else is changing into hideous beasts except Sunny. The attack is resisted with the help of Sun Hao and Xiuhua (the mutant couple), and one of the troupe's mutated members is killed, but Sunny's vulnerability to cold is exposed. Meanwhile, physicians have determined that Sunny's blood includes antibodies that neutralize the poison in gas while having no effect on his mutant abilities. Knowing that Zhang will attack again, Sun and Xiuhua decide to become Sunny's bodyguards.

Sunny is attacked by the troupe again during a commercial shoot, nearly killing him, but Zhang manages to restrain Sunny and swallow his blood. But, much to his surprise, the blood does not heal him, but rather speeds up the mutation. The couple manages to flee with Sunny, but Xiuhua succumbs to her injuries and dies. Sunny accepts to train with Sun in order to assist him in finding Zhang and the other surviving mutant. Meanwhile, Zhang is enamored with Angel and invites her to see him. Angel agrees to meet him in a motel that turns out to be a cop trap. Zhang, on the other hand, kills multiple officers before being approached by Sunny. Sun uses a suicide explosion to kill Zhang's mutant relative. When Zhang injures Angel, Sunny uses his knife throwing skills to murder him. 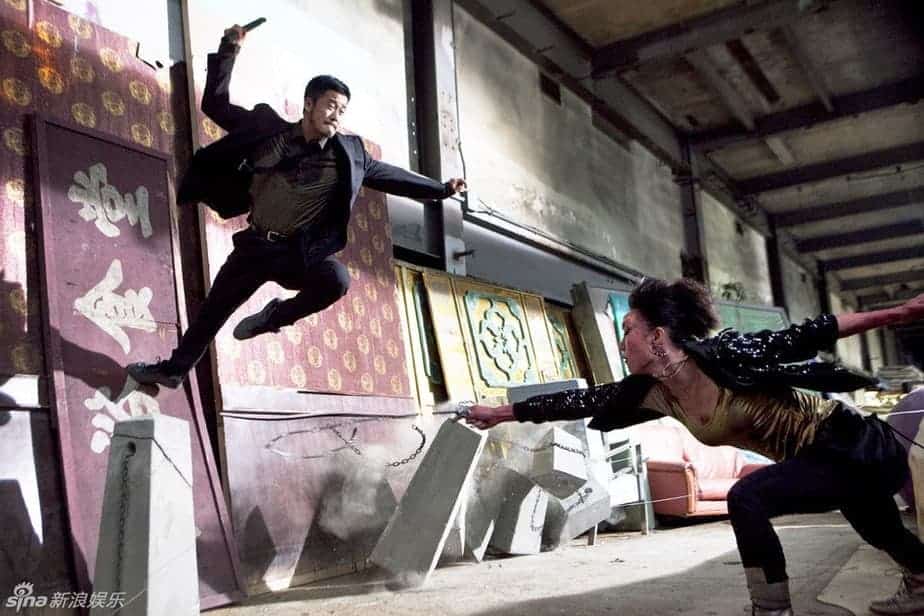 NOW YOU CAN WATCH CITY UNDER SIEGE ENGLISH SUB ONLINE AND FREE ON XEMOVIE.COM