Natasha Romanoff, aka Black Widow, confronts the darker parts of her ledger when a dangerous conspiracy with ties to her past arises. Pursued by a force that will stop at nothing to bring her down, Natasha must deal with her history as a spy, and the broken relationships left in her wake long before she became an Avenger. 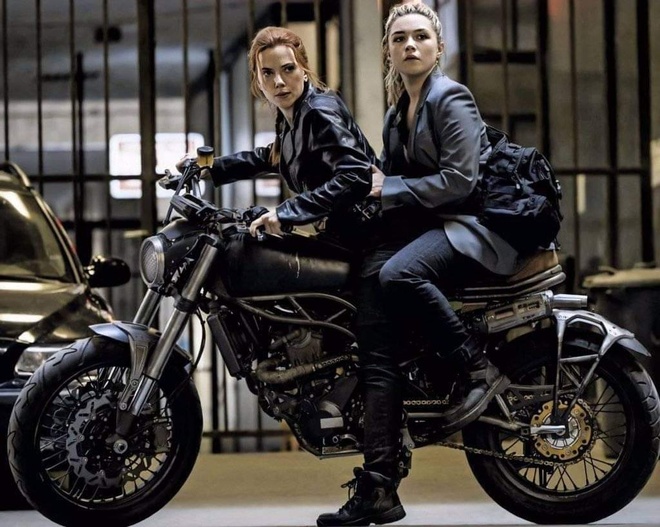 In 1995, young Natasha Romanoff and Yelena Belova are whisked away by their surrogate parents, Alexei Shostakov, originally Russia's Captain America known as the Red Guardian, and former Black Widow Melina Vostokoff from their home in Ohio. As their mission ends, Romanoff and Belova are put through the Red Room for further training.

In 2016, following the battle between the Avengers at Leipzig/Halle Airport, Romanoff is a fugitive from the government for violating the Sokovia Accords. She escapes from U.S. Secretary of State Thaddeus Ross and flees to a safehouse in Norway where she reunites with her contact Rick Mason. Elsewhere, Belova is still working for the Red Room where she kills a former Black Widow, only to come in contact with a substance called Red Dust that removes the Red Room's control of her. She sends the antidote to Romanoff's safehouse in the hopes that she will return to help her.

As Romanoff unknowingly drives off with the antidote, she is attacked by Taskmaster, who is after the Red Dust. Romanoff manages to evade Taskmaster and learns that the Dust came from Belova. The two reunite in Budapest, but are then attacked by Black Widows. While escaping, Romanoff learns the Red Room is still active and that its leader, Dreykov, is still alive. In order for her to join S.H.I.E.L.D., her mission was to kill Dreykov. After detonating a building with him and his young daughter Antonia in it (an act that has haunted her), both were presumed dead. Romanoff and Belova evade Taskmaster and meet back up with Mason who supplies them an aircraft.

Romanoff and Belova break Shostakov out of prison to learn where Dreykov is and he tells them that they need to speak with Vostokoff who has been living on a farm using mind control on pigs. Belova reveals that while they were not a real family, she still wanted to believe that they were so, while Shostakov and Vostokoff admit that they too wished they were a real family. Vostokoff gives away their location to Dreykov whose agents arrive and take them away to the Red Room, which is located on an aerial base.

As Dreykov congratulates Vostokoff on finding them, it is revealed that Vostokoff and Romanoff used face mask technology to switch places at the farm, having planned their own capture. Romanoff learns that Taskmaster is Antonia, who had suffered damage so severe that Dreykov was forced to put a chip in her head to help her, turning her into the perfect soldier. Romanoff also discovers that she cannot harm Dreykov due to a pheromone lock he installed in every Widow, and that he has been controlling Widows all around the world via his control desk. After goading Dreykov into punching her in the face, Romanoff intentionally severs a nerve in her nasal passage to negate the pheromone and allow herself to attack Dreykov.

Vostokoff attempts to take out the ship's engine while Shostakov battles Antonia and Belova searches for the other Widows who are sent to protect Dreykov. Dreykov escapes as the Widows gang up on Romanoff, but Belova creates a Red Dust bomb that releases the Widows from mind control. Romanoff gets into the control desk and releases the other Widows worldwide just as the ship begins to explode and fall. Vostokoff and Shostakov are forced to escape the ship via aircraft just as Belova takes out Dreykov's escape ship, killing him.

Romanoff gives Belova a parachute as she and Antonia have one final battle through the sky before safely landing on the ground. Romanoff uses the last vial of Red Dust on Antonia, freeing her from servitude. The rest of the Widows arrive as Belova, Vostokoff, and Shostakov say goodbye to Romanoff, with Belova giving her her vest to remember her by. As they leave along with a recovering Antonia, Romanoff awaits the arrival of Ross and his men. Two weeks later, Romanoff, now sporting blond hair, reunites with Mason who has supplied her with a quinjet. She rides off to free the detained Avengers from the Raft.

In a post-credits scene set after Romanoff's death, Belova encounters Contessa Valentina Allegra de Fontaine, now her employer, at Romanoff's grave and learns her next mission is to hunt the man "responsible" for Romanoff's death: Clint Barton.

The main action of the film skips ahead to the time immediately following “Captain America: Civil War” (2016), when Natasha (now played by Johansson) is a fugitive separated from the rest of the Avengers. If jumping back a few films in the franchise sounds confusing, “Black Widow,” along with the current Disney+ series “Loki,” serves as the Marvel Cinematic Universe’s most recent attempt at retroactively building character narratives and back stories by doubling back on its own colossal, ever-expanding timeline. And so Natasha finds out that not only is the Red Room still in business and its leader, Dreykov (Ray Winstone), still alive, the other “widow” operatives are chemically manipulated so they become mindless assassins without free will. To bring down Dreykov and his Red Room, Natasha reluctantly joins forces with her fake family, including an older Yelena (Florence Pugh), who has found an antidote to the mind control. Despite the intriguing opening sequence, which involves shootings, a jet and a family escape, “Black Widow,” directed by Cate Shortland, lags, unsure of how to proceed with the story. There’s Natasha puttering around while in hiding, some muddled exposition and the introduction of a helmeted assassin who looks like a Mandalorian cosplayer. 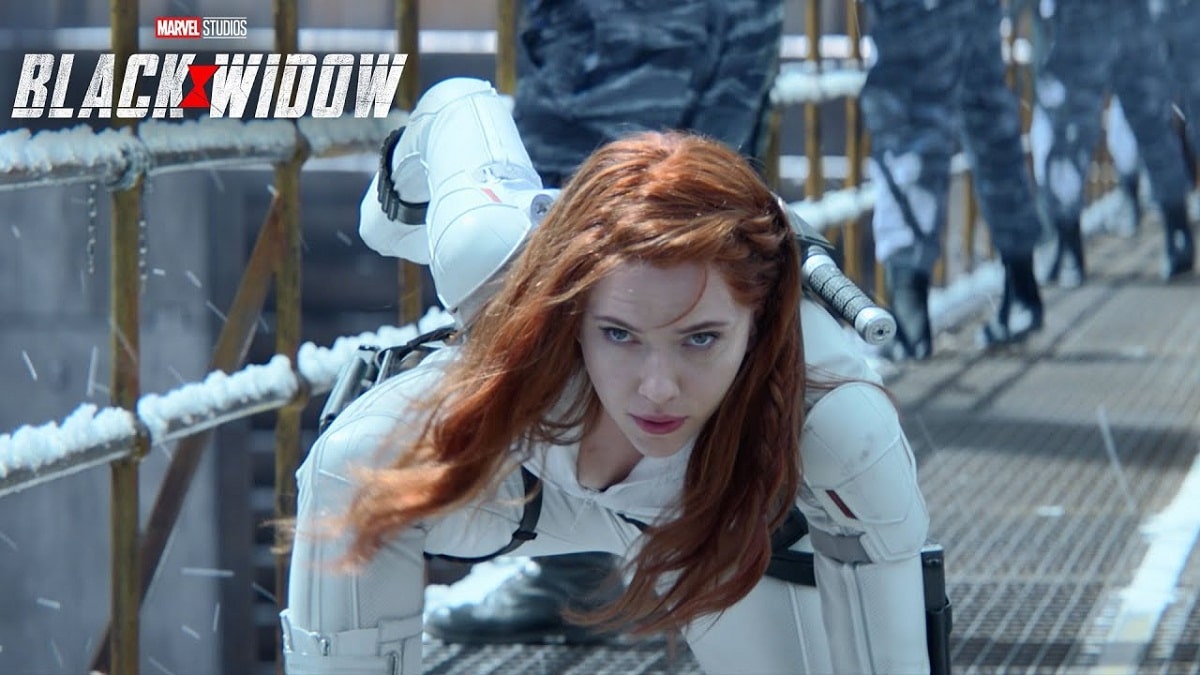 For a story about a woman named after a deadly spider, “Black Widow” is surprisingly precious with its hero. An Avenger who has been afflicted with something of a savior complex, Natasha hopes to redeem the red in her ledger with good deeds but ends up sounding like the dull Dudley Do-Right of the superhero film.

In a lot of ways “Black Widow” feels different from the usual M.C.U. film. The coercion and manipulation of young women, the kidnapping and murder missions with civilian casualties — the film seems more like a Bond or Bourne movie, with a tacked-on moral about the importance of family, and it sits awkwardly with heavier themes. (In one scene, an exchange about the forced sterilization of the widows is played for comedy but just sounds absurdly dark.)

Though Johansson gets some great action shots, she is outshined by the other strong actors (strong despite their inconsistent, and often odd, Russian accents). Harbour’s Alexei is an obnoxious though endearing Russian teddy bear of a retired super soldier. Weisz’s Melina is the tough but cowardly scientist who is used to being complicit in a system of which she’s also a victim. But most often Pugh steals the show. Her Yelena is steely and sarcastic yet still reeling from what she’s done while under mind control. Pugh brings cleverness and vulnerability to the character, and she and Johansson have the chemistry to pull off the comic taunting and teasing that comes with a sibling relationship.